Many Grogu (AKA The Child/AKA Baby Yoda) collectibles have been released in the three years since the Star Wars live-action series. The Mandalorian premiered on Disney+. But how many of these products were actually life-size?

This week, our friends from Denuo Novo– the relatively new company responsible for high-end Star Wars collectibles and replicas – sent us a box full of samples of their amazing products, including two eye-catching costume accessories and their life-size Grogu statue to celebrate the first anniversary of Denuo Novo.

Check out the life-size statue of Grogu from “The Mandalorian” and the Star Wars props from the Denuo Novo unboxing:

Inside the box I found a Han Solo belt, perfect for cosplaying as the villain / smuggler / infamous captain of the Millennium Falcon. There was also a finely detailed patch depicting the insignia of the First Order, which was the fascist military faction that rose from the ashes of the Galactic Empire in the Star Wars sequel trilogy. But the main attraction was definitely the incredibly realistic Grogu statue, as you can see in the unboxing video above. Grogu is made of resin and measures 15 inches by 16 inches by 8 inches. It stands on a display base with an engraved Star Wars nameplate.

I was thrilled to see how lifelike Grogu is in this depiction, and I love how his Mythosaur skull necklace is removable and wearable by his taller human friends. All three of these high-quality products feel absolutely authentic to their source material and worthy of being part of any Star Wars fan’s collection. In honor of the company’s first anniversary, Denuo Novo is running a month-long promotion that includes great deals for Star Wars fans. 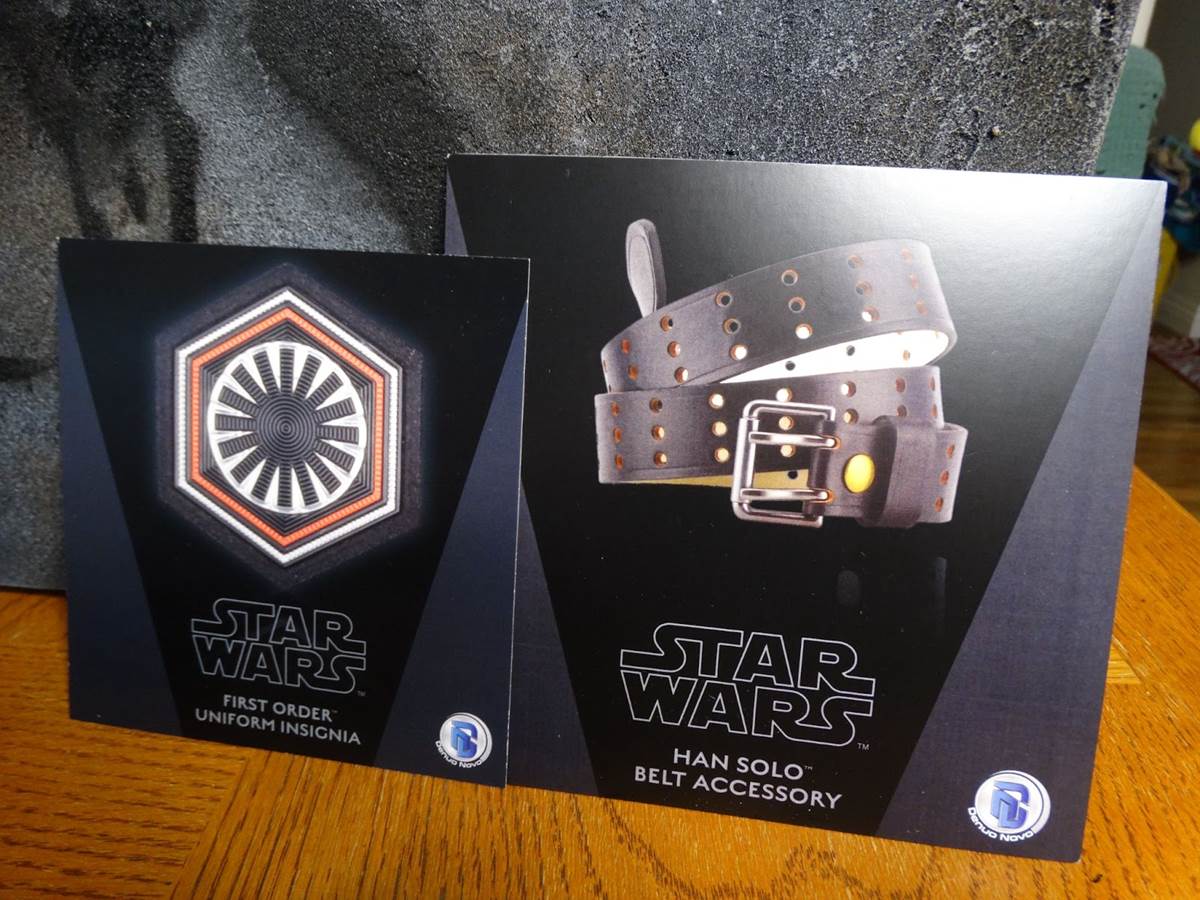 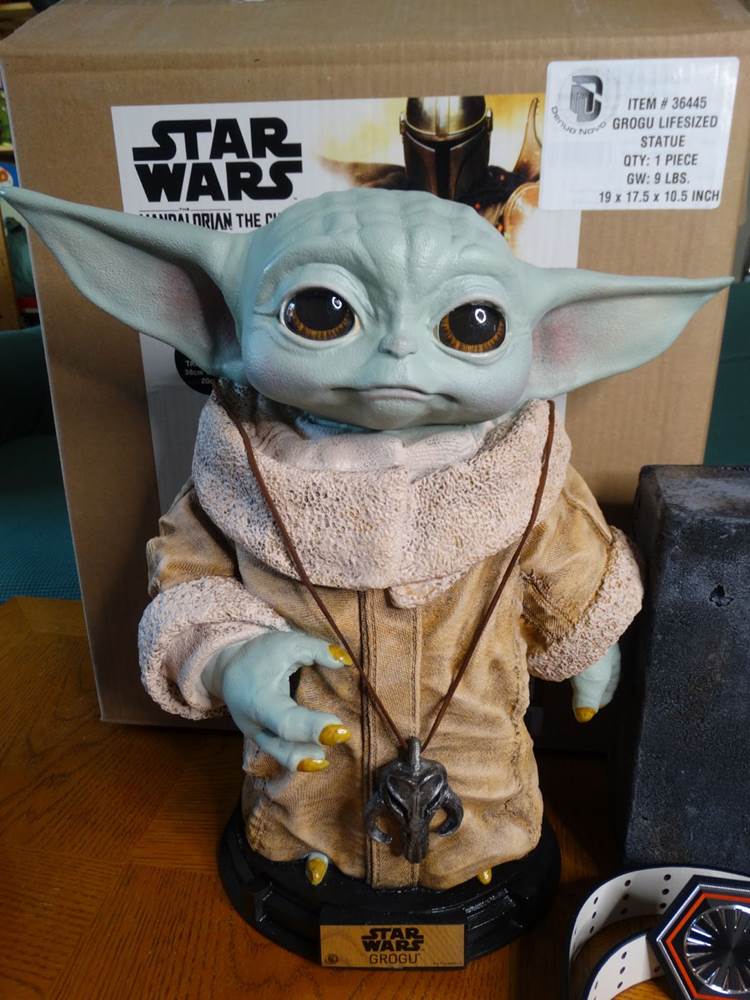 Make sure you visit the official website of Denuo Novo for more information and to purchase products.