The latest numbers are available for renting in Vancouver, and in August the average rent for a one-bedroom rental in Vancouver was $2,574.

Multiply that by 12 months, and one bedroom rent in Vancouver is $30,888/year, with factors like utilities and general expenses not included in that amount.

Rentals.ca’s September Rent Report examines rental prices across Canada for the month of August, and Vancouver once again leads the way.

Comparing the rent for a one-bedroom apartment in Vancouver to the average for all of Canada, you see that prices in Vancouver are over $600 higher.

There’s an even bigger disparity between Vancouver and other Canadian cities when it comes to two-bedroom rentals.

Several BC cities made the top 10, including Burnaby, Victoria and New Westminster. 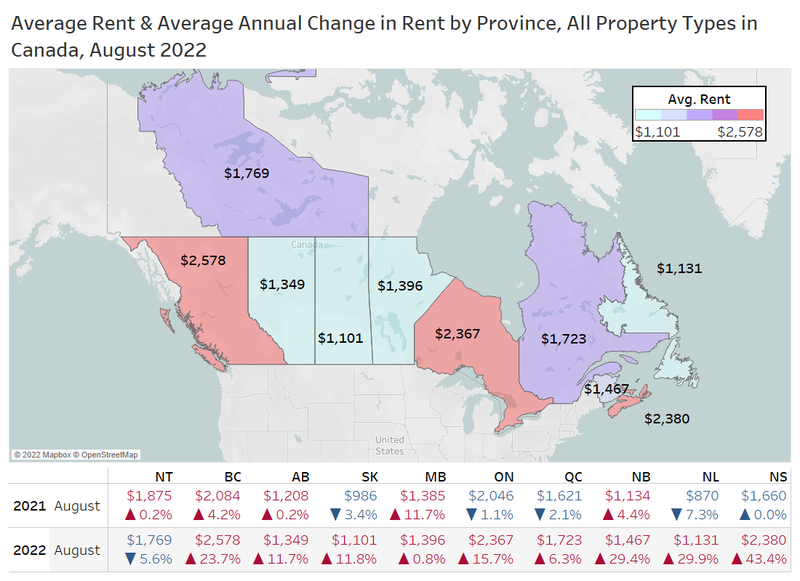 British Columbia also tops provincially, officially the most expensive province to rent in Canada, slightly ahead of Toronto. Rates in British Columbia saw an annual increase of 24%, a significant difference from the 4.2% increase recorded a year earlier.

You might think that with high prices, people would look to other areas of BC for potential rental locations. However, according to Rentals.ca, major municipalities in British Columbia are still the most popular in terms of page views per listing. 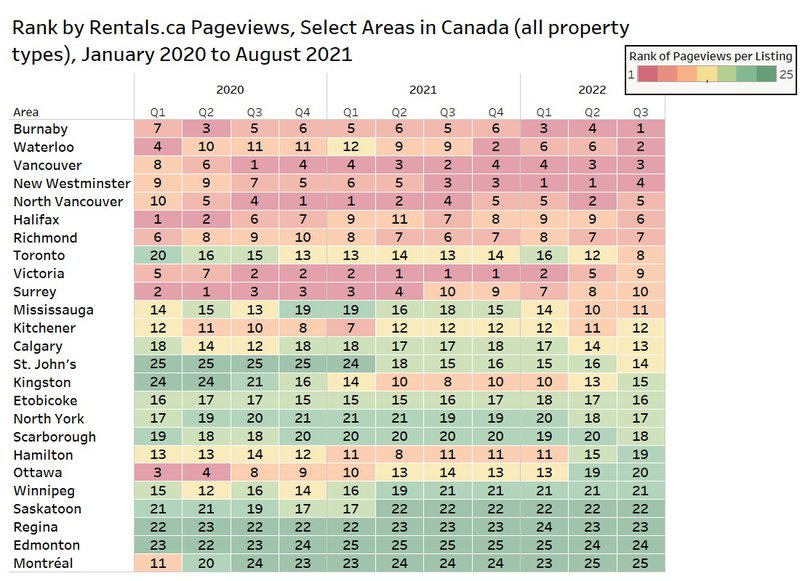 “The hikes have a negative impact on job growth, which could keep rents in check if young Canadians find themselves out of work,” Rentals.ca says in its report.

“Despite some negative economic data nationally, the average rent of $1,959 per month in Canada is the highest on Rentals.ca, surpassing the previous high of $1,954 in September 2019.”